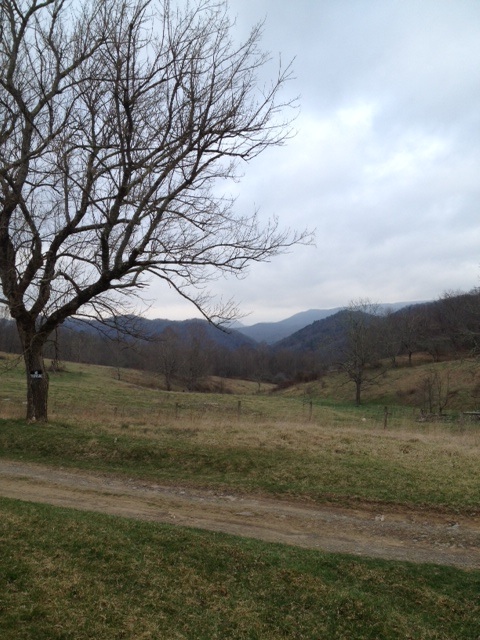 I have been to the mountains and I didn’t want to leave. No cell phone coverage. No internet. Sky–lots of it. Also more maple syrup than I technically needed, but that’s Highland County’s thing, so can’t really argue with it. It won’t make me popular at Monterey’s doughnut-selling shack, but I just think maple-glazed doughnuts are a bad idea. Maple-glazed chicken I could get behind–and my mouth in front of, and maple syrup on buckwheat pancakes tasted as maple trees intended in their infinite wisdom. The folks who still make the syrup the old way are a different sort than most Americans. Spend time outside. Touch trees. Wonder if bears might wake up too soon and cause some trouble at the sugar shack. That sort of thing. The early summery weather made it tough on syrup production this year, FYI.

During my two night visit last month during the Maple Festival, I was able to come up with t-shirt slogans that will make someone other than me not the least bit rich, tour several sugar camps, stare at countless gorgeous views with sun and shadow and mountains and meadows playing so well together-almost as well as maple syrup and Jack Daniels purportedly get along over ice. Perhaps the highlight was having wine and cheese alongside a rushing creek with some friends. For the rest of the story, you’ll have to read whatever else it is that I wrote in a travel piece for the May issue of Richmond Magazine.

Putting it out there — would love to hear and see @DollyParton and @Adele duet almost anything. #doit

One of my books has been removed from the shelves in some Florida school districts. Those of us who believe in books for and about ALL kids, remember this: There are more of us. WAY more.

Keep fighting.
We will prevail.