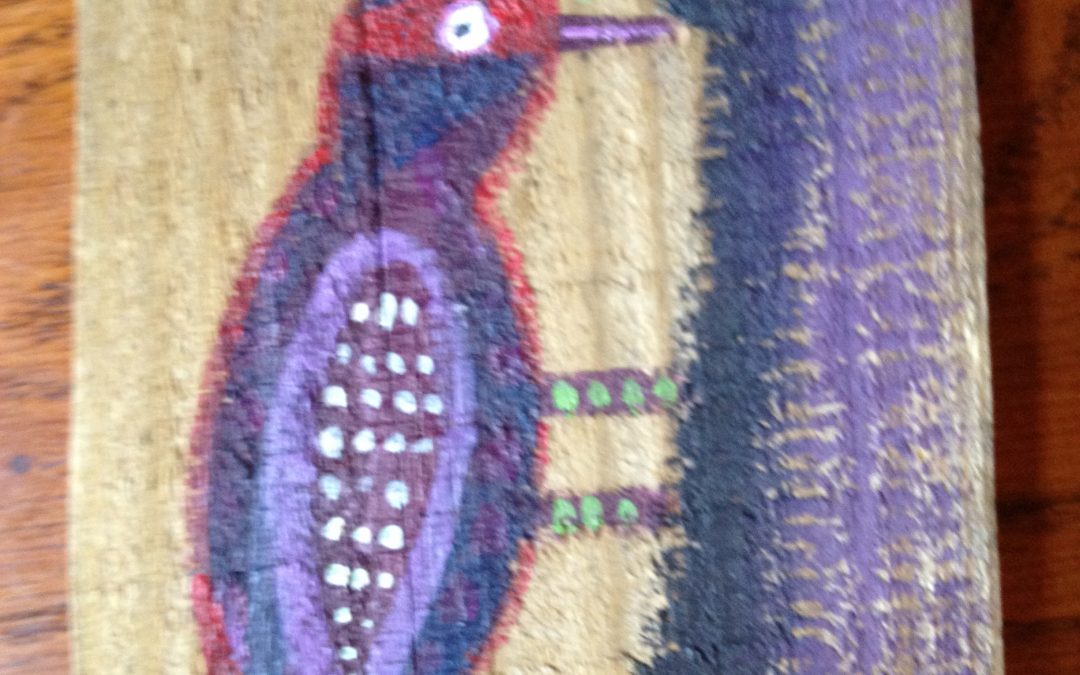 Sometimes it’s hard to see that I’m making  headway in a given area of life. It could be my tendency to weed 62% of the weeds in one spot of my yard, meaning to get back to it to get the rest before they go to seed and undo any of the % I just took care of, but then something else gets my attention and it’s weeks before I return to see that I was 100% dumb not to finish the task the first time around.

A couple of Pileated woodpeckers have been visiting my house and yard frequently–occasionally at full tilt–as was the case last week when we all heard a terrific BAM that could only mean a big damned bird had just hurt itself somewhere. We were shocked to see a dazed and dopey-looking Pileated woodpecker wobbling around in some bushes under a set of living room windows. Its pal was freaking out nearby as was I a little, wondering what I was going to have to do with this bird. Thankfully, in a few minutes, it had hopped over to a small tree and was more or less recovered. That had to be one big headache, though.

Later my husband and I watched as one of the woodpeckers went nuts on our oak tree stump that’s carved into a throne of sorts out front. It was making headway, quite literally, chipping away at something that a few years ago seemed as solid as stone. More than one chainsaw gave its life for the cause of my throne. I should probably go sit in it and ponder where I next should make headway, what else I should bang my head against, before the woodpeckers reduce it to a pile of mulch.