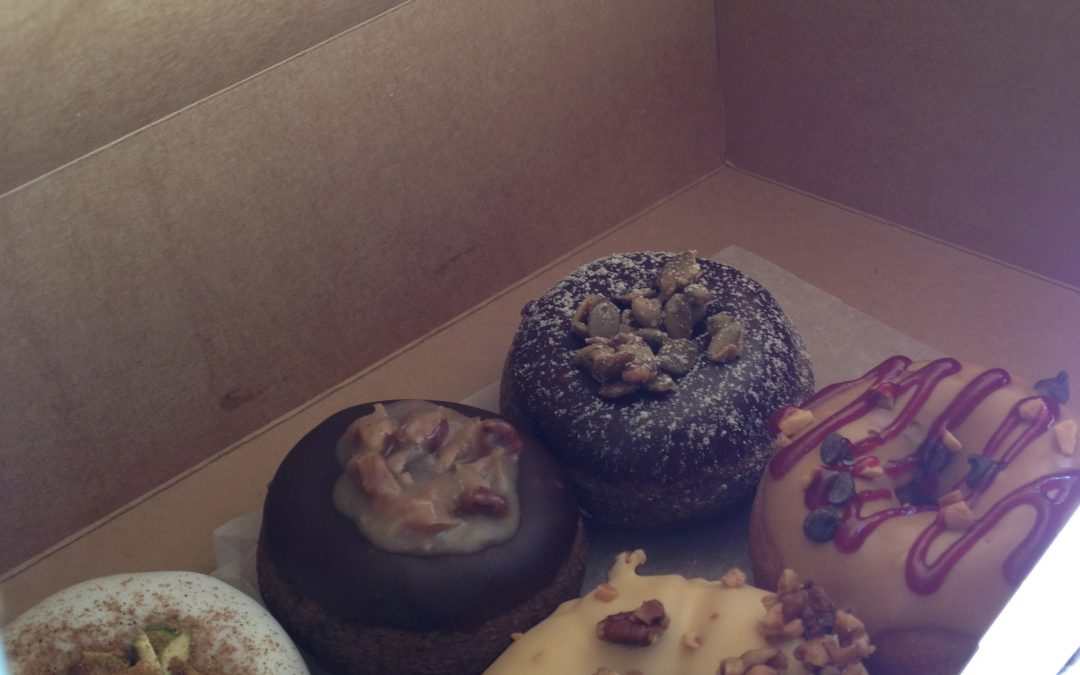 It certainly is a mistake for a food tour person to schedule a routine colonoscopy during Restaurant Week. What a waste, so to speak.

I will be focused on food prior to and immediately after the event, but not necessarily in ways that lend themselves to blogging. I do recall that when I drove my husband home from his procedure a year or so ago, he was understandably damned hungry and thirsty as he hadn’t eaten anything much for 24 hours. He seemed much more with-it than I had expected, but still knowing he was drowsy and just a tad loopy, the idea of a drive-in food find seemed just right until I got him home. Krispy Kreme was within sight and though we had sworn off such stuff for a year by that point, I happily drove up and ordered a half-dozen (god I hope it was only a half dozen) glazed and chocolate iced donuts and some chocolate milk for him. Not at all in his usual repertoire, but what the hey. He ate one or two on the way home and I likely accompanied him in that endeavor. Once home he went promptly to bed until morning. I lounged in the vicinity of the half-full donut box for the rest of the evening, indulging now and again–just a sliver–as my famously obese grandmother used to say and not mean. (We grandchildren were mean when we would bring her a sliver of pie or cake, knowing full well she wanted much more–and would get it one way or the other.)

The next morning, my dear husband had no recollection of the donut trip and taste, so unable to do the math, he never knew just how many donuts I ate that night. Not sure where my amnesia came from, but it was as strong a case as his. Figuring that colonoscopies ought to be rare occasions for us, we figured we’d use the every ten year event to do a food blow-out (remember the SNL ad for Colon Blow?!), pardon the phrase and eat whatever the hell we want right after. Certainly not inclined to do that just before. It’s just a tad weird that I’m planning my post-procedure food fest already and since I don’t make anything easy for my husband, I’m already thinking about more glamorous donuts than Krispy Kremes…. I suppose he can do whatever he wants since it’s unlikely I’m going to remember a damned thing. And of course, it’s just the branding any food company would hope for: just the thing for post-invasive medical procedure!