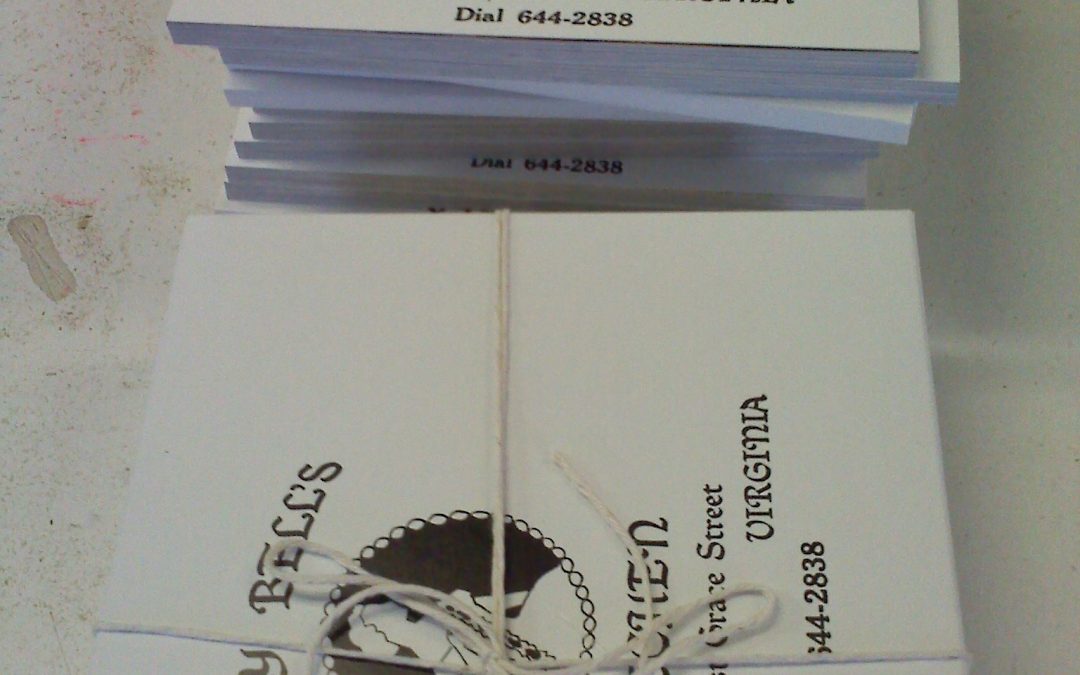 Richmond.com just published this interview with me today. 5 Questions with a Foodie. I would never say I’m a foodie or a native Richmonder, so let anyone come at me with their knives sharpened. As Stephen Robertson pointed out (ha!), sharp ones are better than dull ones.

To further prove (or undermine) my food credentials, here’s a sampler of older, food-related posts. I do keep coming back to food, one way or another. And I did shop at Ellwood Thompson’s today, so nuf said–or spent.

The floor refinishers needed a 220 outlet to plug in the floor sander, so the hunt began. The very hung-over guy tasked with plugging in the machine dismissed the plug behind my dryer–too hard to get to–and instead wanted to know where my stove was.  I cringed because though I know it isn’t all that hard to move the stove out from the wall, it gets done approximately once a decade, so I knew the floor beneath my stove would bring me down–kind of the opposite effect of the wind beneath my wings though actually that song brings me down, too. But I digress.  The guy with the phlegmy, hacking cough taught me something that morning–there’s no need to move the stove. Turns out the oven drawer can be removed quite easily, exposing both the 220 outlet and the detritus of my life.  Who knew it was that easy?

With trepidation I got down on the floor to inspect the scene–more chocolate than you would think I would’ve let get away. The theme was surprisingly outdoorsy–a combination of  trail mix and dust bunnies too laden with grease to hop far. It was interesting to note (and almost thrilling to clean up) that health food doesn’t live under the stove–it died there. It belongs in the great outdoors or in my mouth. I am happy (ok–bursting with pride is more accurate) to report that no insects or animals were spotted, and two cake pans long assumed lost in the wild reappeared. I know I’m a bit of a braggart.

One of my favorite bits, coined decades ago by one of my high school friends. It’s so much easier to get wider than wiser, she said as she remembered with delight the exquisite dark chocolate (fair trade) with mint bar that she bought today.

Herewith the shorthand recipe for the delish Cookie Cake my daughter invented:

Pre-heat oven to 375 degrees. Halve the Nestle’s Semi-Sweet Chocolate Toll House Cookie recipe on the back of the package, spread batter into a greased, 8 inch round cake pan and bake for 14 minutes….maybe more, depends how gooey you like the middle. Deirdre often ices it with vanilla buttercream icing as she did yesterday and then saved me a piece, thank goodness, but I am quite content to eat it sans icing. So good warm.

“Got a cookie in my hand, warm, on my lips, mmmm, in my mouth, oooh, on my tongue, yum, in my teeth, munch, down my throat, aahhh, in my gut–gone! Hey, that’s not enough. (It’s a hand-to-mouth existence, but that’s ok with me.)  …One bite, one taste, one swallow, one nice big cup of milk, one lick of my lips and I knew what to do–try, taste, chomp! From a package or a pan, I don’t need to waste a plate; crumbs in teeth, on shirt, in hair. Where’s my cookie?”

A multi-media approach to eating too much chocolate. I’m going to run now.

After driving 600 miles from Nashville to Richmond last night and and today, I was reminded that highways are very long and skinny food deserts. And there’s no dessert worth eating along them either.  Sure there are “restaurants” at many exits, but they are almost all some sort of fast food or fake-y, family-friendly chain and I’m fairly sure  their definition of food and mine don’t jibe. Not something I want to eat.

We were interested in making time, so hardly stopped at all, and didn’t time things such that wandering a little off the beaten track to find something interesting and not gross was possible, and it was disconcerting to see so little local flavor near the interstates. I’m sure most smaller spots have been blown off the road by the chains. I’m tempted to say that honest-to-goodness local barbecue is still one temptation still out there in some hills and hollows, in the south at least, that weary travellers might come upon, but even that is threatened by Famous Dave’s and Red, Hot & Blue.  Don’t let that happen! It’s up to us to eat local barbecue early and often. Keep sauce alive! Imagine the drive along I-64 without Pierce’s. Perish the thought. Or Richmond without Buz & Ned’s. Don’t let that happen. Richmond restaurants have spoiled me and I like it like that.