Be all and end all 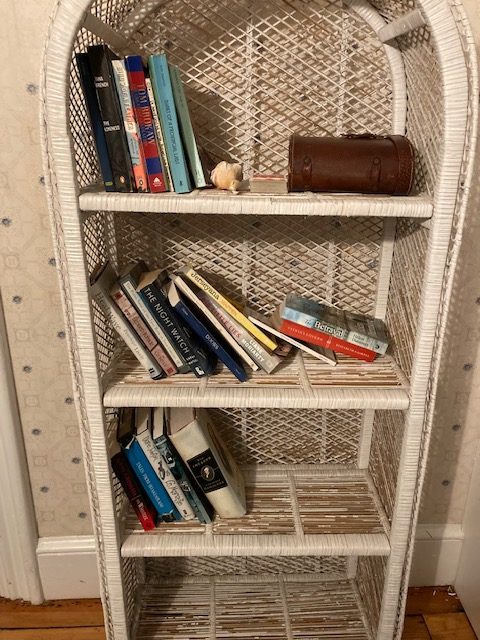 I am not above stealing lines from my friends who are unlikely to read this blog. Back in high school we made a list of what we called mother sayings–“Don’t talk with your mouth full” would have made it. I don’t remember any more of them at the moment, but I suspect by now we’ve said every one of them to our own children and only partly ironically. These pals and I don’t get together very often since we live hours apart, but did manage to meet for an hour earlier this week. Two of us were on our on way to visit our mothers; the other had spent Saturday at hers.

In a sign that I might be joining our mothers in cognitive impairment land, I can’t remember which one of us made a joke after hearing that one friend’s mother had introduced a man at her retirement home as a Pulitzer prize-winning author. It very well could be true, but he didn’t seem to know it, and the person who did seem to doesn’t always recognize the refrigerator as such though she can be perfectly lucid other times. It gave us an idea. People try to reinvent themselves when they go to college or move to a different city. Who knew that moving into a retirement home could provide the same sort of tabula rasa? We need to think of the years after 80 as the time we can reinvent ourselves–over and over–every day, perhaps. Be all we couldn’t be. The U. S. Army’s Be all you can be might have appealed to delusional teens. Be all you didn’t have a prayer at being is perfect for my kind of people. I was a teenage super model or perhaps pope or Top Chef. Interesting which one I capitalized. The only flaw in my reinvention plan is that there will likely be somebody in every room able to Google the truth and put an end to our own delusions.